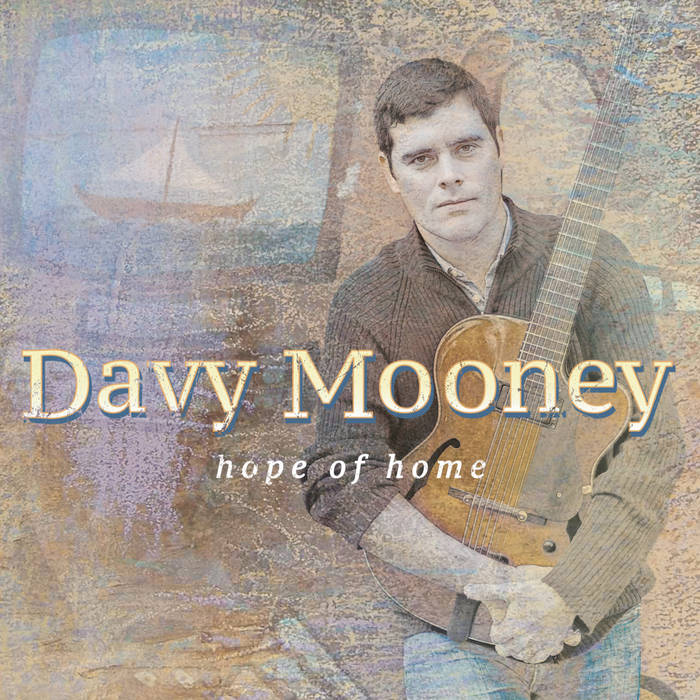 Guitarist Davy Mooney left his home of New Orleans in 2005 as Hurricane Katrina loomed. He left his newly acquired house and eventually settled into life away, mainly off and on, for six years in the jazz capital of the world, New York City. In 2013, Mooney moved back with his wife, balancing the anxiety of leaving New York and getting acclimated once again with his hometown. His new Hope of Home showcases Mooney’s efforts to integrate his New York and New Orleans personalities in a moving, musical fashion.

Originally from New Orleans, Mooney went through the famed jazz programs of New Orleans Center for Creative Arts and the University of North Texas. Though he considered a move to New York, as many young musicians do, Mooney held out until Katrina forced his hand. He went on to compete in the Thelonious Monk International Jazz Guitar Competition, where he finished third, and then on to the Monk Institute for two years, where he studied with the great trumpeter and New Orleans native Terence Blanchard. After, Mooney settled into the world of a professional musician in the competitive New York market.

It was during his time in New York that Mooney recorded Perrier Street with an incredible cast of musicians. The record was very well planned and highly structured, performed ably; mainly by musicians with ties to New Orleans, including drummer Brian Blade, pianist Jon Cowherd and saxophonist John Ellis. Along with their connections to the South, these musicians are all ambitious and eclectic in their musical scope. All had gone through a similar developmental process as Mooney (the jazz programs of Loyola and settling in New York), not to mention paying their dues with many of the same musicians along the way.

For Hope of Home, Mooney insisted on keeping this ensemble, which also included bassist Matt Clohesy. Blade’s The Fellowship Band had long been a touchstone for Mooney’s own musical development, so having Blade and core band member Cowherd on his recording was important to Mooney and certainly worth the wait. It was important to preserve the essence of the continuity between the two scenes, knowing that they connect and you can still go home.

Interestingly enough, Mooney carried New Orleans with him in the music he created and the people he created it with. The title of the recording comes from a line from the Homer’s The Odyssey about keeping your “hope of home” in your heart while away for an extended time. His roots seep into the music, which he intentionally wrote more straight ahead and blowing. His penchant for writing comes across in the illustrative lyrics that he penned for three tunes.

The album begins with “Scarlatina,” a propulsive composition evolving from an earlier piece entitled “Crimson” that utilizes a fixed contrapuntal design. Originally written in 30 minutes as an assignment, “Ides of April” is an aural tribute to Blade’s The Fellowship band that Mooney was excited to hear at Lincoln Center on April 15, 2005. The moving “Cold, Sober” is about taking stock and cleaning up in this poetic tune, while “Hope of Home” is an anxious piece written about the time Mooney purchased his first home, but displaying his ability to write catchy. Taken from twisting the melody of Cole Porter’s “Every Time We Say Goodbye,” the bright “Think So Little of Me” is a challenging piece with hard chord changes and a quick tempo.

The heroic “I’ll Be Freeing You” reinvents a transcription of a Kurt Rosenwinkel solo in the melody and provides an inspiring conversation between Ellis and Blade. The quirky “Stutter Step” is a tribute to New Orleans music sensibility and directly to Mooney’s former teacher, guitarist Steve Masakowski. The harmonically wandering “Peregrine” swings nicely and features a lovely turn by Cowherd, while “Intervalis” is written for Gil Goldstein and features the use of all intervals (e.g. minor second, Major third, etc.) before repeating, a type of serial motive. The catchy “The Clover” is a nostalgic and pastoral piece taking inspiration from the work of Ravel. The recording concludes with the somber “Like Before,” a ballad for voice, guitar and piano.

On his new recording Hope for Home, Davy Mooney has returned to the foundation of his music: his hometown of New Orleans and a fantastic ensemble that identifies with his history and ambitions.

Bandcamp Daily  your guide to the world of Bandcamp